Can Shell Request and New Project Request pages be moved to project (Wikitech:) namespace please? Wikitech recentchanges used to be very easy to skim, now there's a lot of noise in main namespace. --Nemo 13:05, 4 May 2013 (UTC)

For those trying to read RC in the meanwhile, you can:

I'm still waiting for an administrator to help. Default RecentChanges have been unusable for over an year now. --Nemo 12:03, 25 August 2014 (UTC)

As a new user, I think it would be more intuitive if the sidebar's help section had two links, "Labs help" linking to Help:Contents, and "Production help", linking to How-To (or better targets in case I'm missing something). Btw is there a proper page to make suggestions/proposals like this? --waldir (talk) 10:50, 27 May 2013 (UTC)

Please add links to toollabs and important subpages. It starts now to become very important and Nova_Resource:Tools is a very good way to hide it. --kolossos (talk) 09:23, 31 May 2013 (UTC)

MediaWiki:Openstackmanager-shellaccountnamehelp is extremely unhelpful: "A shell account name is required. It must start with a-z, and can only contain lowercase a-z, 0-9, and - characters." It's quite hard to enter here something that doesn't make you get an error "There was either an authentication database error or you are not allowed to update your external account." I suggest to add two bullets here or to the error message above:

Currently, the welcome notification icon is an exclamative mark, as if it was a warning about something which went wrong (maybe because the system is designed to make the signup fail so if you register it's an error? ;-) see above). I don't know where this error resides but it must be changed. --Federico (talk) 15:49, 3 November 2013 (UTC)

Special:PrefixIndex/User:Larygloria <- none of these should have shell access, but two currently do. pirsquared (talk) 19:07, 1 December 2013 (UTC)

Leaflet for Wikimedia Labs at Wikimania 2014 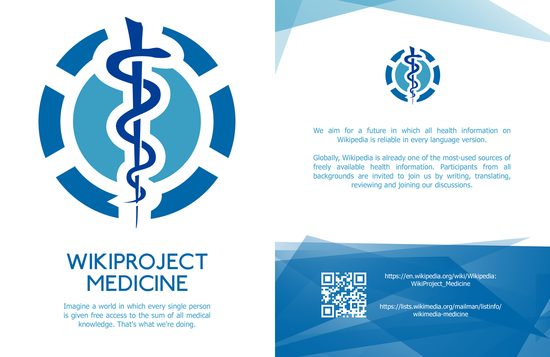 My name is Adi Khajuria and I am helping out with Wikimania 2014 in London.

One of our initiatives is to create leaflets to increase the discoverability of various wikimedia projects, and showcase the breadth of activity within wikimedia. Any kind of project can have a physical paper leaflet designed - for free - as a tool to help recruit new contributors. These leaflets will be printed at Wikimania 2014, and the designs can be re-used in the future at other events and locations.

This is particularly aimed at highlighting less discoverable but successful projects, e.g:

• Tech projects/Tools, which may be looking for either users or developers.

• Wikimedia thematic organisations, Wikiwomen’s Collaborative, The Signpost
The deadline for submissions is 1st July 2014
For more information or to sign up for one for your project, go to:
Project leaflets
Adikhajuria (talk) 10:57, 25 June 2014 (UTC)

where can i find these links?

Someone asked in IRC, what the recommended OS is to most easily run MediaWiki. I looked at this page, and guessed that we were running Ubuntu as main server distribution. I gather that is no longer the case, and that we've mostly moved to Debian now? If so, I'd suggest re-sorting the links in the "OSs" section on the main page (and possibly updating, or at least {{old-doc}} tagging, the linked-pages). Thanks :)

(oh, and possibly Debian could/should be mentioned at mw:Upstream projects, too? OSs currently are not mentioned there, and it was my first stop whilst looking for info.) Quiddity (talk) 18:29, 4 May 2015 (UTC)

Very belated response. All Wikimedia production MediaWiki installs are at this time running on Ubuntu 14.04 (Trusty) hosts. Debian Jessie is the preferred OS for non-MediaWiki hosts, but we still have a mix of Debian and Ubuntu. The decision to switch the preferred OS from Ubuntu to Debian came part way through the HHVM migration project. Thus far there has been no serious discussion of rebuilding the MediaWiki servers in the fleet on Debian. --BryanDavis (talk) 04:33, 23 March 2016 (UTC)

Like the redesign. However, the "official" tool list is ... suboptimal, for several reasons. As it happens, I recently made an alternative view of Hay's tool directory. I think it would help to link to either of those instead of, or in addition to, the standard list. --Magnus Manske (talk) 15:30, 29 January 2016 (UTC)

There is task T115650 about the general topic of a catalog of tools as well. I think everyone will agree that the current "dump all the things in a giant list" UI is not the best that could be found. The last time I looked at the source for Hay's directory it was still opt-in and omitted many of the tool accounts which I think would need to be rectified somehow before making it or a derivative cannonical. The first step in moving towards a better directory should probably be to gather and document some use cases and requirements for an improved interface. If we know what we want the system to do for the various user groups (people looking for an existing tool to do X, people looking for an existing project to join, people wanting to start a new project, ...) it will a lot easier to evaluate the various existing systems and either choose one to start enhancing or borrow ideas from the make something new. --BryanDavis (talk) 18:26, 30 January 2016 (UTC)

I'm weakly opposed because there is no major benefit at this time. Just like Meta-wiki and Mediawikiwiki and Outreachwiki have their main pages in mainspace, it keeps things simple. But willing to be convinced either way. :) Quiddity (talk) 04:30, 24 September 2017 (UTC)
(Addendum) Note I'm not claiming Enwiki as another good precedent (it's not!) as that project has an unambiguous usage for mainspace, whereas these kinds of meta-ish/documentation-ish projects have a fuzzier structure. E.g. The current list of project namespace pages is very small. Deciding what should be where is quite subjective, with different people favoring categories or namespaces or sub-pages for organization.
Additionally a known drawback to changing, is it would create incoming redirects from hundreds of external locations. For that reason I doubt other meta/docs-ish projects would be in favour either. HTH. Quiddity (talk) 04:39, 24 September 2017 (UTC)

Hi, I don't have found were to post this, sorry if this isn't the corret place. I wanted to know where I can ask to translate Citation Hunt to Galician and Galician Wikipedia. Bye, --Elisardojm (talk) 12:37, 27 October 2017 (UTC)

@Elisardojm: The CONTRIBUTING.md in the project's GitHub repository links to https://translatewiki.net/w/i.php?title=Special:Translate&group=citationhunt. If you need more information, you can try talking to @Surlycyborg: who is the maintainer of the tool. --BryanDavis (talk) 22:57, 27 October 2017 (UTC)

Take this criticism however you wish, but I find it odd that a technical infrastructure project would have almost 1,200 uncategorized pages in its database. Respectfully, --NibKing (talk) 05:13, 6 September 2018 (UTC)

This wiki is very disorganized and is lacking a lot of the most basic infrastructure. E.g. one uncategorized page is Albert: why was this just blanked instead of deleted or redirected? No idea but it's been that way for six years. Koavf (talk) 10:03, 6 September 2018 (UTC)

Opinions vary on the best way to organize any given wiki. cf. w:en:WP:Categories, lists, and navigation templates. In addition to the 3 options in that Enwiki page, there is the 4th method of using subpages to organize contents, e.g. the uncategorized Analytics/... pages. Many of the pages on this wiki use either the subpages or navbox methods, and the people who use those pages are presumably satisfied with that. There are some recently-started efforts to make improvements to this wiki as a whole, but having every page categorized is not a priority, and possibly not even a goal (it hasn't been discussed, you're the first people to mention categories). For contrast, meta-wiki and mediawiki-wiki both have over 5,000 (the maximum cached result) uncategorized pages. (informally: see also mw:User:Quiddity/Zanzu problem #2 ;-) HTH. Quiddity (talk) 18:46, 6 September 2018 (UTC)