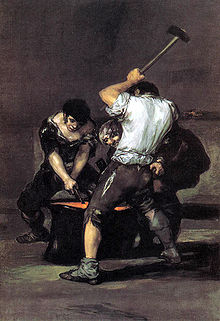 toolsadmin.wikimedia.org is where maintainers of Toolforge tools can manage their tools. The software that runs this interface is codenamed Striker.

Toolsadmin.wikimedia.org is provisioned via the role::striker::web Puppet class on labweb1001 and labweb1002. This class sets up memcached, an Apache vhost, and a uwsgi service. The striker application code is deployed into the uwsgi service by scap3 from the deployment host. The application is configured by the /etc/striker/striker.ini file that is provisioned by Puppet and populated with data from hiera. The application's local database is hosted on the m5 section. The application also connects to the LDAP server for authn/authz and data lookup, Phabricator's public API, metawiki for OAuth authentication, and OpenStack's keystone API.

striker.wmflabs.org in the Striker project hosts a testing deployment that is used for beta testing. A scap3 deployment server allows testing in a production like environment.

A role::striker class is available in MediaWiki-Vagrant for local development and testing. The role provisions Striker, an Apache vhost with mod_uwsgi, a local database, a Phabricator instance, an LDAP wiki, an OAuth wiki, and an OpenStack Keystone service.

Submit patches to the labs/striker gerrit project. Tests and linting can be done locally using tox.