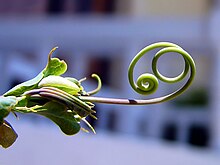 Tendril is a tool for analytics and performance tuning of the MariaDB servers, developed by Springle (with features added in an ad-hoc fashion as required) and used by the DBA team. For security reasons it is only accessible to people with NDA.

Prior to October 2015, the Ishmael tool provided a similar service.

It houses a lot of functionality, but here are a few highlighted features:

There are many different report views, such as:

Based on actual reported configuration (no dependence on coredb or wmf-config/db-eqiad.php)

Also linked to from most other reports.

Tendril, or more accurately, its host and mariadb database server instance (as of Oct 2019, db1115 is the active host for it), provides the following services, documented here so that on maintenance, we know they will be affected: